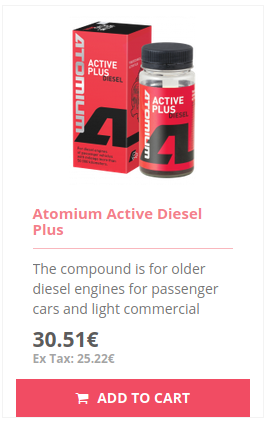 Effects of using tribo compounds (additive to the engine) Active PLUS (gasoline and diesel):

• Restoration and leveling of compression in cylinders;