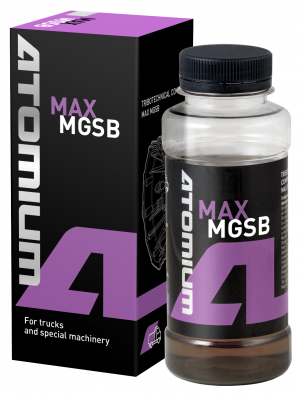 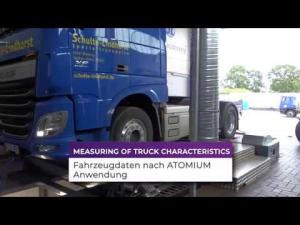 ATOMIUM MAX 200 MGSB - gearbox oil additive for trucks and light commercial vehicles to protect against wear, extend the service life and restore the characteristics of gearboxes, transfer boxes and gearboxes of trucks and special equipment

Compound MAX MGSB creates conditions under which the friction surfaces in engine parts are covered with a metallic protective layer, which has a special structure. This layer partially restores the dimensions and geometry of worn parts, optimizes gaps in friction pairs, keeps more oil on the friction surfaces.

Protection of the unit against wear

The protective layer due to its durability and ability to retain a greater amount of oil significantly reduces wear especially at high loads and high temperatures which increases the lifetime of the unit.

The denser oil layer in the toothings and bearings reduces power loss.

Improving the process of burnishing the unit parts

including condition after overhaul. Tribotechnical compound «Atomium MAX MGSB» accelerates the optimization of the gaps in conjugated friction parts.